The Trans Cambrian Way is a long distance mountain bike route spanning the width of Wales from Knighton to Dovey Junction on the west coast. The route is approximately 100 miles long and crosses through some very remote countryside. Originally devised and mapped by IMBA, it was intended to be a 3 day ride. There are plenty of riders who will find a 3 day crossing a satisfying challenge ... then there are the 'others'!

The Trans Cambrian Way was devised by IMBA in 2005. The route starts in Knighton on the English - Welsh border and finishes at Dovey Junction ... the point where the Dovey estuary becomes tidal, meaning you've reached the Irish sea. Although the majority of riders ride the route in the intended east - west direction, there's no reason why it can't be completed the opposite way. 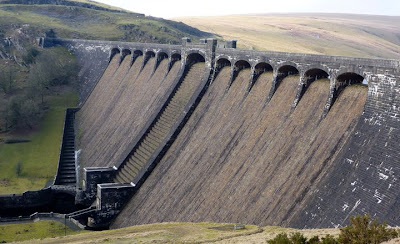 70% of the route is off road, often traversing some pretty remote Welsh countryside ... if you enjoy solitude in the great outdoors then the TCW should be a very enjoyable experience! 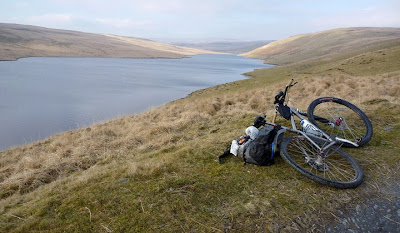 The official line is that the TCW is a 3 or possibly 4 day ride. IMBA broke the days into legs between possible accommodation options ... the 3 separate days are, 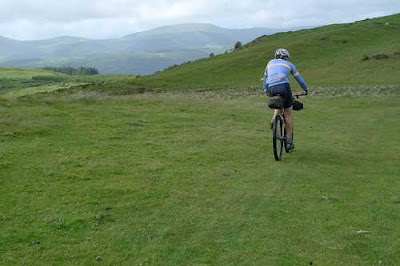 Much more fun to do it in one go though!

One of the attractions of the TCW is the remoteness of much of the route. However, the same remoteness can make riding it far more challenging. Re-supply can cause quite a few headaches, especially when trying to complete it as an ITT. Options for re-supply are pretty limited but having an idea what's out there should make your life a little easier.

Don't gamble on the smaller shops and post offices been open. If they're not, then you'll have to ride from Knighton to Rhayader or Dovey Junction to Rhayader before you'll be able to re-supply ... TAKE PLENTY OF FOOD!

Wales is blessed with ample rain, so finding water shouldn't really be an issue. As long as you're sensible and apply some common sense, there's no reason why you won't be able to pick up safe drinking water from natural sources along the route. If you're unsure what constitutes common sense in this situation, pack some water purification tablets!

Both Knighton and Dovey Junction are served by rail links that run via Shrewsbury.
Arriva Trains Wales

If you'd like to submit your TCW ITT time, for either a single or double attempt ... send the details to
tcw@bearbonesbikepacking.co.uk